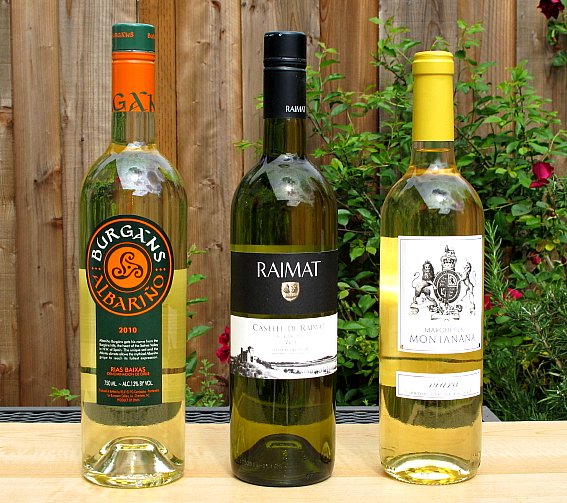 Albariño, a fashionable white wine in Spain, is also increasingly popular in the U.S. The wine, known as el vino del mar (“wine of the sea”), is made from a small, lemon-yellow to pale green grape that grows mostly in the cool coastal climates of northwestern Spain – particularly Galicia’s Rias Baixas – and northern Portugal’s Vinho Verde region. It is thought to be related to Riesling.

The golden-colored wine has aromas of fruit and flowers, and is known for being well-balanced and light, with a refreshing crispness/acidity. What I like about this wine is its excellent affinity for seafood, particularly grilled or steamed fish and shellfish, and raw clams or oysters on the half shell.

The 2010 Burgans Albariño Rias Baixas (above on left), is delicious, with notes of lemon, peach, mineral and a touch of tropical fruit on the nose. It sports good body, with a savory yet exotic disposition.

90 points Wine Enthusiast: “Simply delicious white wines with lip-smacking freshness, bright peach and apple flavors, and clarity from front to back. It’s a little leesy but a lot more crisp and oceanic, with a well-cut body and mild citrus undertones throughout” (11/2011). Also 90 points Robert Parker's Wine Advocate: "The Burgans Albarino is a perennial Best Buy in these pages....”

2011 Castell De Raimat, is in fact not from Rias Baixas, but from Catalonia’s western-most grape growing region, Costers Del Segre. Raimat is owned by Cordoniu, the big, long-time Cava producer that even has a winery in California. I enjoyed its fresh, light floral and fruit qualities.

Viura (aka Macabeo) is another popular white wine in Spain. It is thought to have originated in the Middle East, a probable scenario given that it grows well in hot, dry climates such as North Africa. It is typically used in young wines, Cava, and for blending (in reds as well as whites). The wines are light, dry and aromatic, with mild acidity.

The 2009 Marques de Montañana has a floral bouquet and pale straw color. Its mild flavor goes well with almost all kinds of food, but especially with Tapas and Paella. I just had this wine with steamed chicken breast with a light lemon cream sauce. 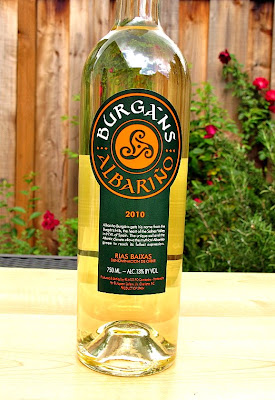 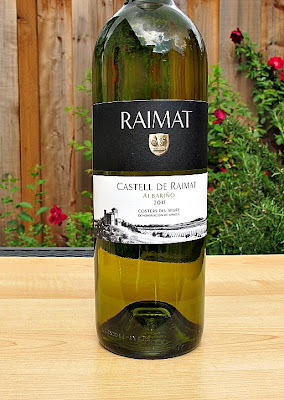 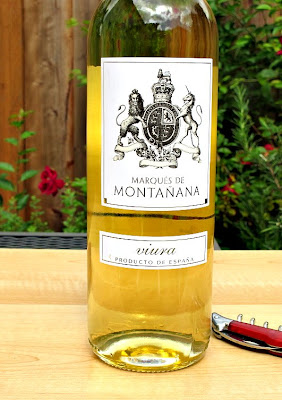