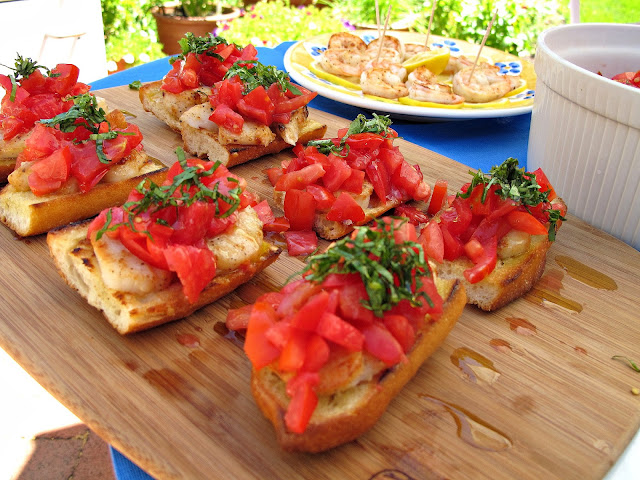 I got sudden lunch invitation from my great foodie friend Junko san last weekend. His son Shota-kun is coming home and cook for us and a couple his friends. I had not seen him since he was in college almost 10 years. I knew he worked few years in the U.S. after graduated from the college, then he went to Paris for a business school then started his own firm there for last 5 years. I know him since he was 12 years old. I remember that he was very bright kid but also have great sense of humor and it was always fun to hung out with him. One occasion, I spent with him for a couple of week, day and night, I think he was about 14.....because Junko san had to go England with her husband for his business trip. I stayed at his home, cook for him, went to bike ride, movie, cafe, watch video together, which I still have a great fun memories. Of course he wasn't cooking at the time but he was quite gourmand already and showed me a big interest about cooking..........

When I showed up at his home last Sunday, he was already preparing food in the kitchen, he was cleaning raw shrimp, peeling shells and veining them. I was so impressed at first sight (nowadays most shrimp available in the super market is already cleaned and cooked). He was also doing things pretty fast with having good skills and accuracy! I was impressed again when I heard his lunch menu and he insisted me do not work any thing today because I am a his guest of the day. So I enjoyed every minutes watching and sipping Champagne what he was doing all way to end, impressed!  I only did is washing the strawberries.

Junko san made an excellent Mirabelle plum tart for dessert which was very delicious just like having one in France. Merabelle plum is not so often available in the Bay Area. 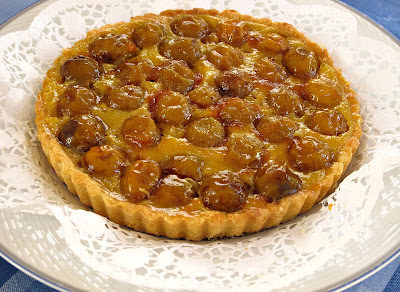 Here is his Lunch Menu: 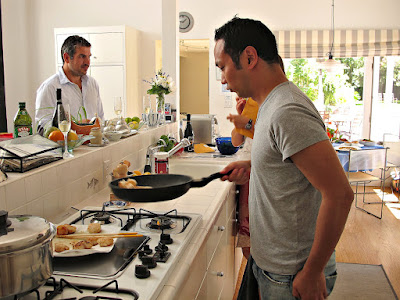 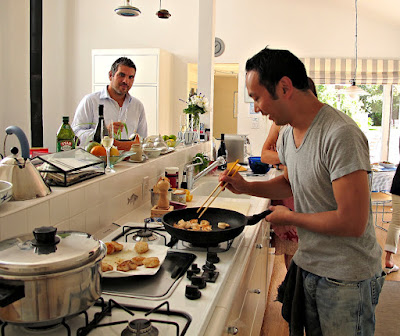 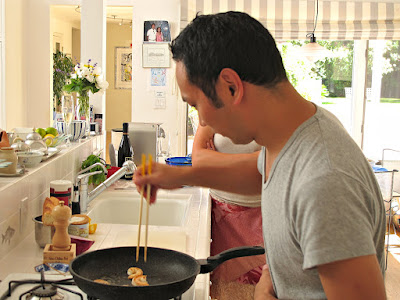 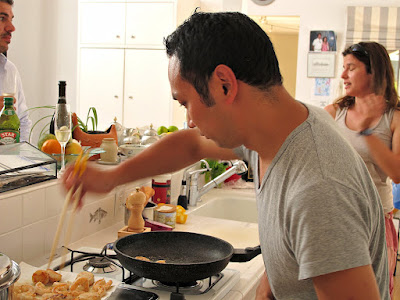 He told me he made a couple chef friends in Paris and learned skills from them.

We had lunch in the garden. It was super nice day! 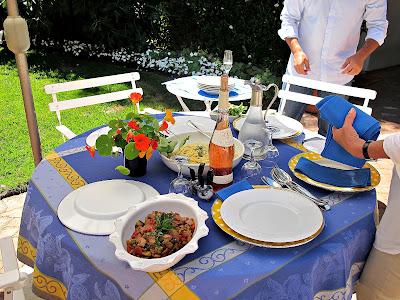 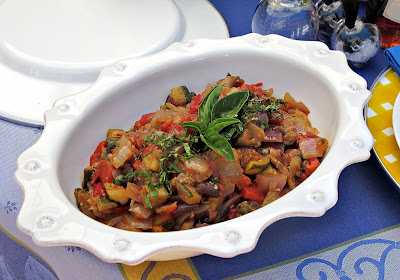 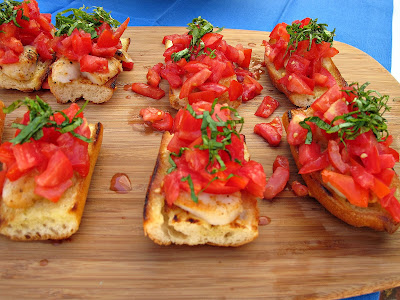 He used Acme sweet Baguette for the Tartine 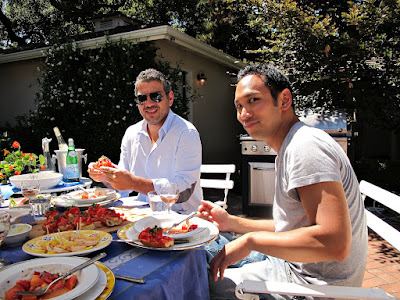 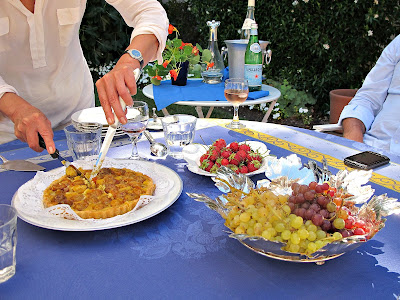 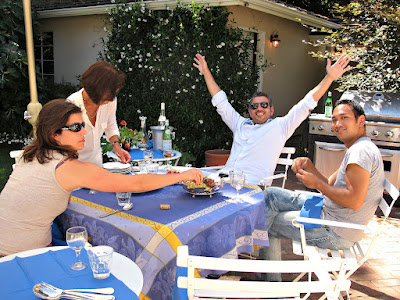 Shota kun  was born in Stanford Hospital, a native San Francisco Bay Area and  now speaks fluently 3 languages, Japanese, English and French and he learned Kendo (Japanese fencinging) and now going to be great cook! He is my hero. 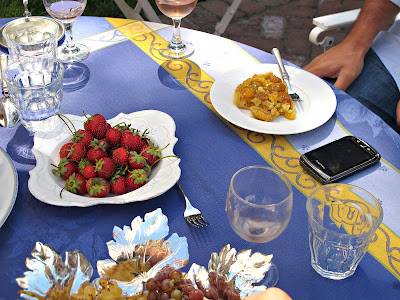 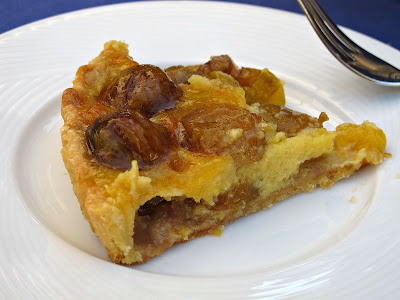 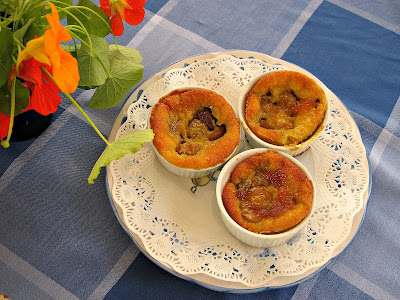 I enjoyed being as a guest and it was everything so delicious!