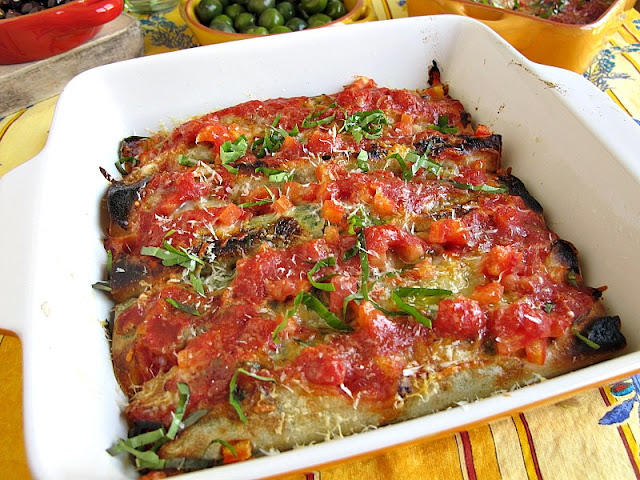 Here in California, we have a large Mexican community. May 5 is well known as “Cinco de Mayo,” a big celebration commemorating the Mexican army’s defeat of Napoleon’s French forces over a century ago. I don't know much about the history, but I do know that everyone here, including myself, takes the opportunity to partake in a big “FIESTA,” toasting and feasting fresh and tasty Mexican food and drink. Every year since I came to California I have been invited to a Cinco de Mayo party or dinner by Mexican friends and their families. It is always mucho fun, and I have learned many different regional Mexican delicacies from these families over the years.
Enchiladas are one of the most popular Mexican dishes here in California, not only among Gringos, but Asian people as well. Of course, there are dishes similar to the enchilada in other countries. One that comes to mind is the Italian “Cannelloni,” also very popular in America. What’s great about enchiladas and cannelloni is that you can make them with all kinds of fillings – poultry, meat, seafood, just vegetables or only cheeses. I learned this Provencal-style cannelloni from my friend from southern France. It’s not too heavy, and perfect for spring. 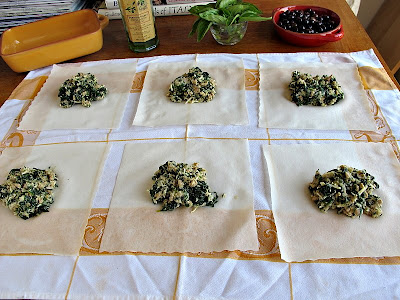 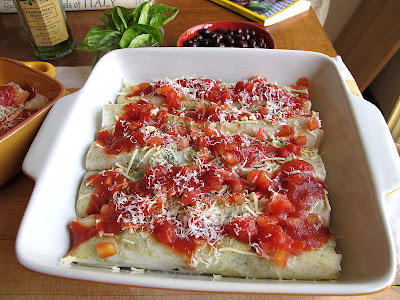 Note: In my friend's original recipe, she uses blettes (Swiss chard) instead of spinach. Swiss chard is a member of the beet family. Using Swiss chard in the cannelloni gives more flavor and texture.You may also use both Swiss chard and spinach. 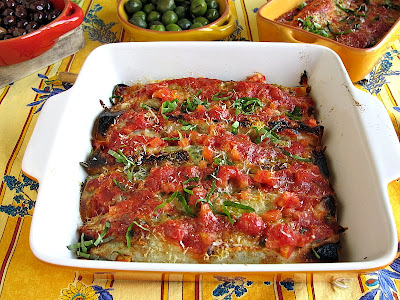 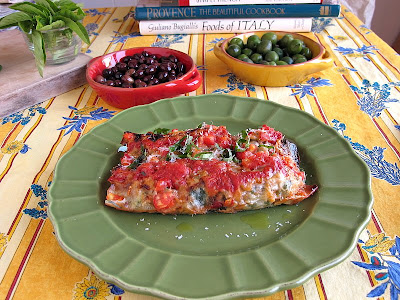